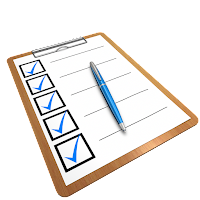 Together with UCL, the BLE partner Colleges participated in the 2017 Jisc Digital Student Tracker Survey back in March of this year to collect feedback about our student's experiences of digital learning - both personally and at their respective Colleges. In total, 74 institutions across the UK education sector ran the Tracker, which elicited 22,593 individual student responses; while 10 international universities collected an additional 5,000 responses.

In Bloomsbury, the Tracker had to compete for student attention alongside other institutional surveys, such as the National Student Survey. This meant that the time available to run it was tight (only a month) and we therefore felt that since our individual sample sizes would be too small, we would join forces and conduct it as a consortium. It turned out that ours was the only consortium-approach in the UK. We treated the survey as a pilot and advertised it via a link on each College’s Moodle landing page as well as organising some social media promotion via the Colleges' library and student union Twitter and Facebook accounts. The survey generated 330 responses, which given our constraints was much more than we expected.

The survey comprised four broad areas: digital access, support, activities and learning. Most questions were quantitatively recorded, but there were four open questions, which produced qualitative data. We were also able to choose two additional questions to the survey, and we selected e-assessment, since that was a previous shared enhancement project (see www.bloomsbury.ac.uk/assessment) and Moodle, since all members of the consortium use the platform for their Virtual Learning Environment (VLE).

Once the survey had closed and we were granted access to Jisc's national benchmarking report, we ran a workshop in July for representatives at each of the Colleges. It was during this session that we started to explore and analyse the results corresponding to the survey’s open questions. The workshop facilitated interesting discussions over commonalities and potential implications.

Moira Wright, UCL's Digital Literacy Officer and myself, have been working to produce a report

which will examine our collective responses to the survey in comparison with the national survey population. For confidentiality, each College will be presented with its own version of this document, containing the relevant data for their institution only and not the complete dataset. Each College will therefore be able to independently examine their own results in more detail. A disadvantage of the consortium approach was that we were not able to benchmark our individual Colleges against the national survey population as resources would not allow for this. In the future, the participating Colleges may wish to run the survey individually rather than as part of a collective as it was not possible to conduct deep analysis with this dataset.

Although the sample size collected by the Bloomsbury Colleges was small and not statistically viable, there is much we can extract and learn from this exercise. For the most part, our collective responses tended to fall within the margins set by the national survey population, which means we are all at a similar phase in our student’s digital capability and development.

In the next few weeks, the final report will be delivered to key members of staff within the Colleges - and we're hoping to make a generic version publicly available. For now, you are welcome to view the key findings from Jisc in this two page report, 'Student digital experience tracker at a glance' or the longer report, available here. Finally, you can see this collection of case studies, which features the Bloomsbury Colleges consortium, here.

The BLE is a digital education collaboration of six HE institutions in Bloomsbury.